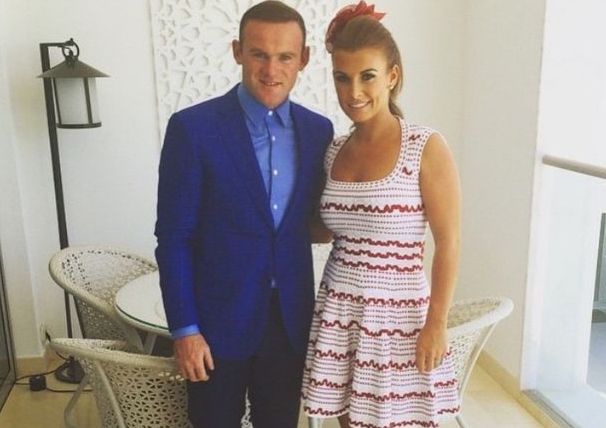 She’s so devoted to fitness that she had a spin-class themed baby shower before the birth of her youngest son Cass.

But a love of exercise doesn’t come naturally to Coleen Rooney, who admits she works out, “because I feel I have to.”

“I’m naturally curvy and short and there’s nothing I can do to make my legs longer, so I just have to work with what I’ve got and make the best of it,” she said in 2017.

“I’ve never loved exercise, but I’ve always done it because I feel I have to.

“There are some people who are naturally slim, no matter what they eat, but it’s not like that for me. If I eat and eat, I put weight on, so I have to be stricter.”

So how did the mother-of-four overcome her aversion to exercise and what does she do to stay in such great shape?

Instead of fighting the gym, she learned to love it and does two-hour sessions three to four times a week.

She mixes up her workouts, alternating between kettlebells, Power Plates, boxing and spinning.

Coleen revealed back in 2013 how she was having “3D lipo” to lose her post-baby weight , with the non-invasive treatment that uses a special device to freeze fat layers beneath the skin.

However, with each child she’s had, Coleen said the pressure she puts on herself has lessened.

“The more children I’ve had, I’ve been in less of a rush to get back in shape because after three births, your body is going to change,” she told Now magazine.

“I think once you’ve had kids, they’re more important than how you look. It’s not the end of the world – you just have to be confident.”

She added: “After having kids, if you’ve got a bit of a wobbly belly that’s just part and parcel of who you are.”

Meanwhile, the WAG is currently fighting to save her marriage after reportedly ordering footballer husband Wayne, 33, into rehab.

His boozy antics are said to have become too much for Coleen, who stands to gain a huge chunk of his £100 million fortune if they divorce.

The pair have been together since school and have four children together.

Previous reports have suggested Coleen could walk away with as much as £70 million if she decides to take Wayne to the cleaners.

After the most recent bust-up with Wayne , Coleen has been pictured without her wedding ring – fuelling rumours she is considering walking away from the marriage.Despite being repeatedly tested by her husband Coleen has always bounced back.

In the past she’s forgiven Wayne for his misdeeds and has turned her attention to raising their four sons, Kai, nine, Klay, five, Kit, three, Cass, who has just turned one.

And since her first appearance in her school uniform to her glamorous life of red carpet events, Coleen’s appearance has certainly evolved over the years.

We use cookies on our website to give you the most relevant experience by remembering your preferences and repeat visits. By clicking “Accept All”, you consent to the use of ALL the cookies. However, you may visit "Cookie Settings" to provide a controlled consent.
Cookie SettingsAccept All
Manage consent

This website uses cookies to improve your experience while you navigate through the website. Out of these, the cookies that are categorized as necessary are stored on your browser as they are essential for the working of basic functionalities of the website. We also use third-party cookies that help us analyze and understand how you use this website. These cookies will be stored in your browser only with your consent. You also have the option to opt-out of these cookies. But opting out of some of these cookies may affect your browsing experience.
Necessary Always Enabled
Necessary cookies are absolutely essential for the website to function properly. These cookies ensure basic functionalities and security features of the website, anonymously.
Functional
Functional cookies help to perform certain functionalities like sharing the content of the website on social media platforms, collect feedbacks, and other third-party features.
Performance
Performance cookies are used to understand and analyze the key performance indexes of the website which helps in delivering a better user experience for the visitors.
Analytics
Analytical cookies are used to understand how visitors interact with the website. These cookies help provide information on metrics the number of visitors, bounce rate, traffic source, etc.
Advertisement
Advertisement cookies are used to provide visitors with relevant ads and marketing campaigns. These cookies track visitors across websites and collect information to provide customized ads.
Others
Other uncategorized cookies are those that are being analyzed and have not been classified into a category as yet.
SAVE & ACCEPT